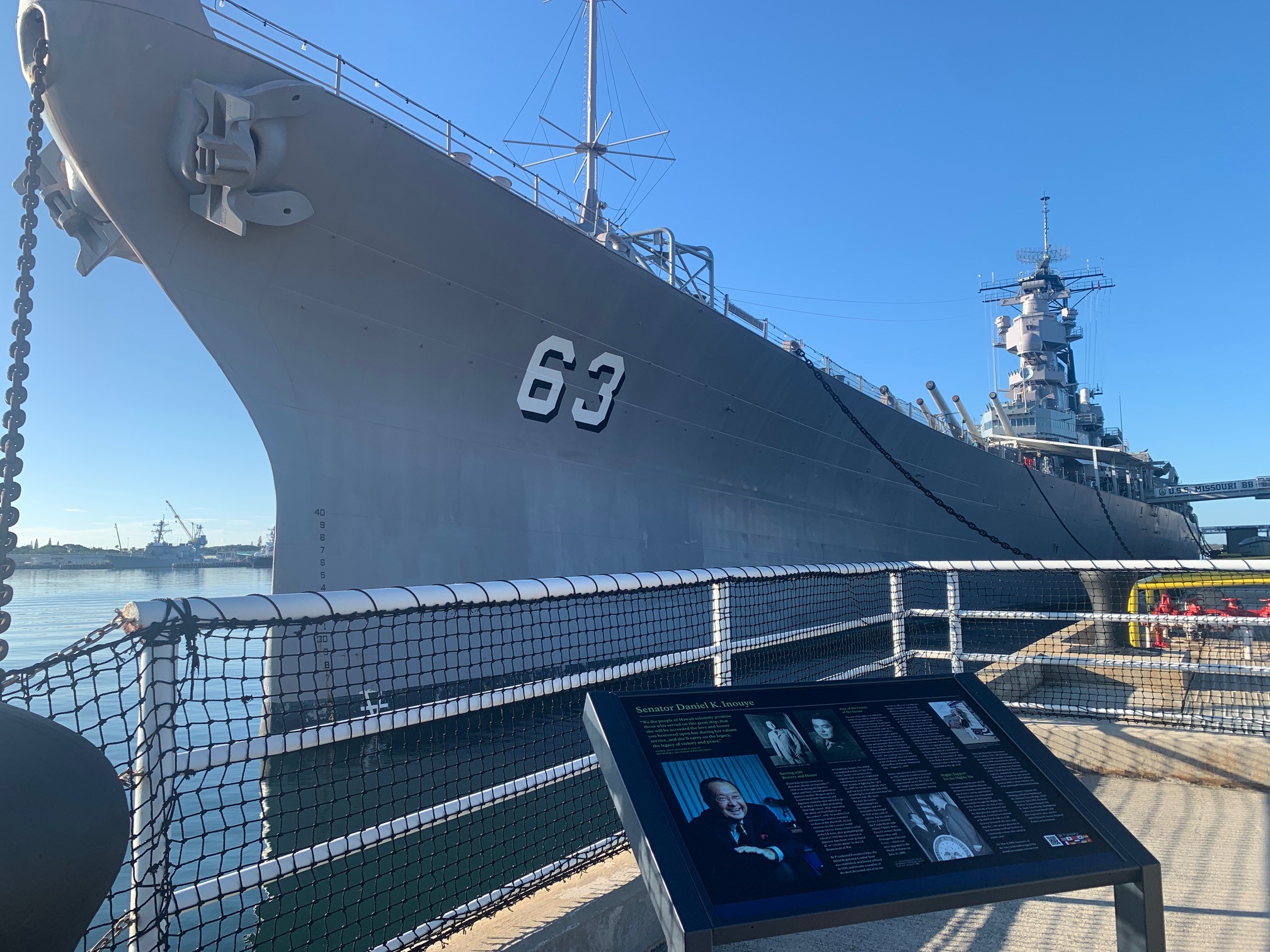 Tokyo, Japan – December 22, 2022 – The Battleship Missouri Memorial, docked at Pearl Harbour, Hawaii, will use QR Translator on 21 of its exhibit panels. Each panel will be available in 10 languages.

The Battleship Missouri is famous for hosting the surrender of Japan on September 2, 1945, at the end of World War II. Since her launch in 1944, the ship has had an impressive career over five decades and three wars. She now serves as a museum dedicated to preserving the ship and her history.

QR Translator is an online service from Japan that simplifies translating printed materials into multiple languages. It has a page builder, where content can be digitized, translated, and post-edited, upon which a QR code is generated. When scanned, the QR code redirects the user to the appropriate language.*

Twenty-one such QR codes will gradually be placed on signage throughout the public area on the ship and pier. Each QR code will contain information in 10 languages: English, Japanese, Chinese (simplified), Korean, Spanish, French, German, Russian, Ukrainian, and Vietnamese.

With the release of QR Translator 2 (beta), it has become possible to track the number of scans and see which languages get the most views. The USS Battleship Missouri Memorial Association will use the new analytics (scan statistics) function* to monitor its visitors’ demographics and use those data to improve the visitor’s experience moving forward.

*The analytics (scan statistics) function is a new feature available on the recently released new version of QR Translator (QR Translator 2 beta). Click here for a breakdown of version 1 and version 2’s features. 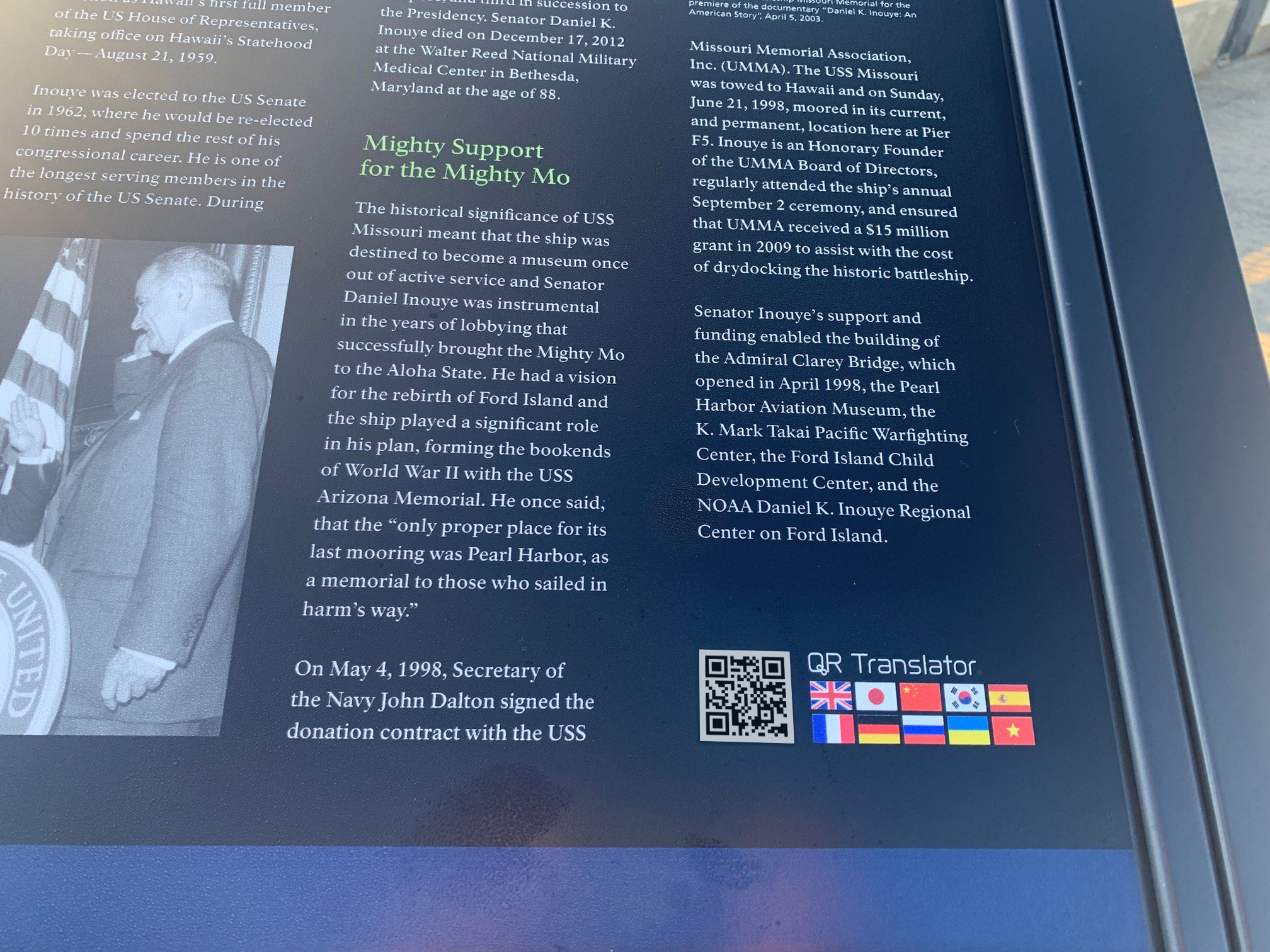 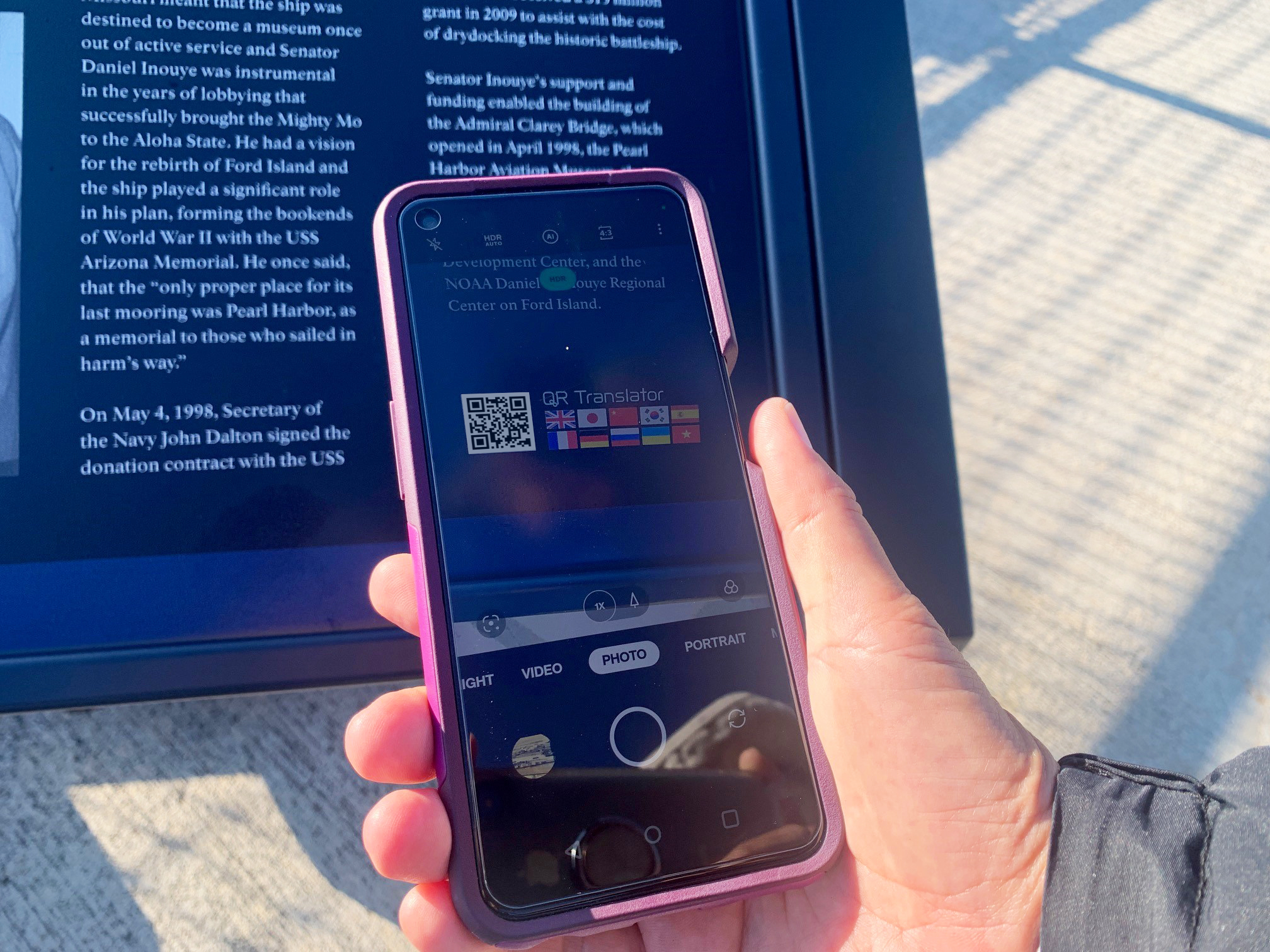 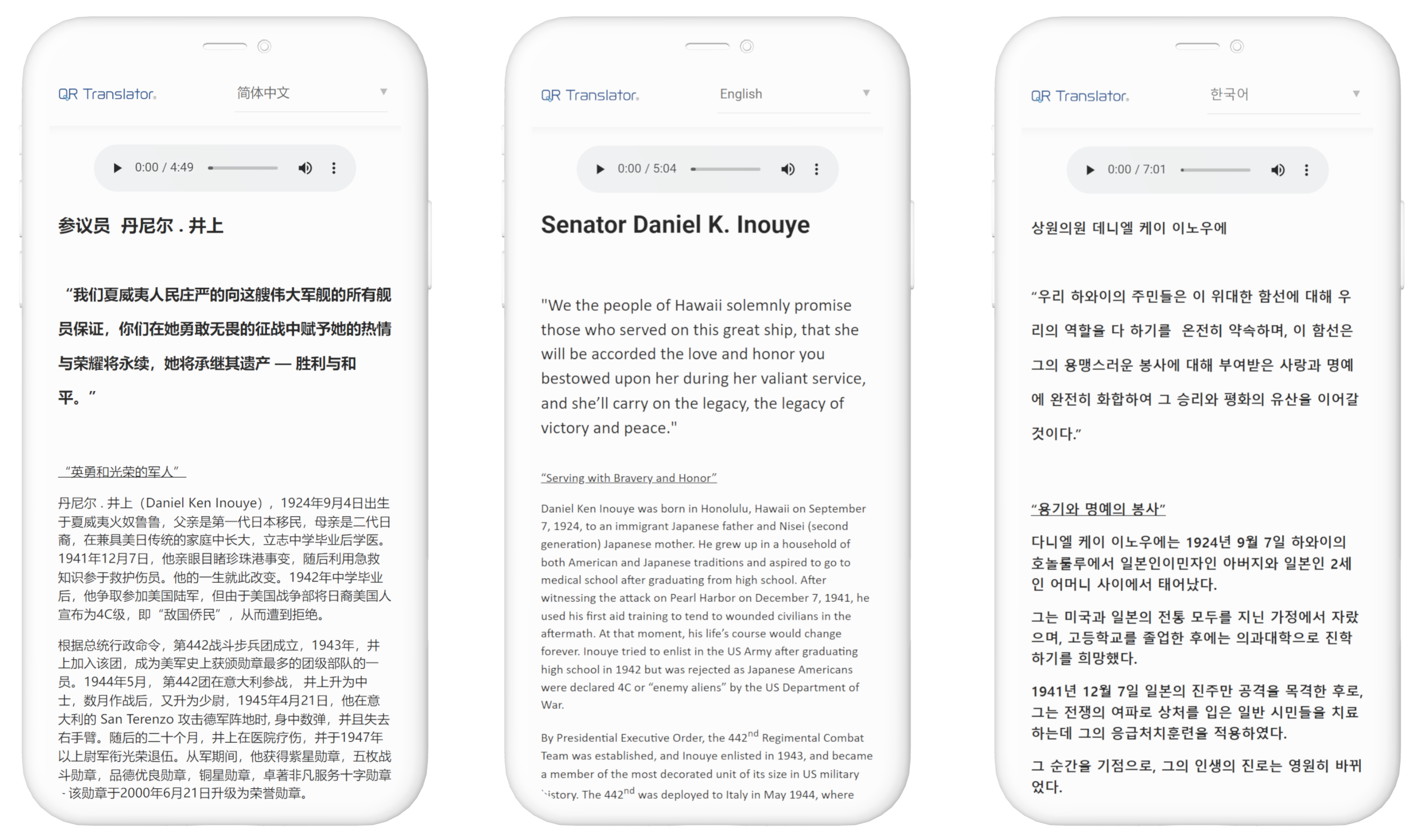 QR Translator is a web service developed by PIJIN Co., Ltd.. Founded as a start-up company in 2011, PIJIN carries on its mission to free the world from language barriers while preserving cultural and linguistic diversity. PIJIN holds patents for QR Translator in Japan, China, Korea, the EU and others.

About the Battleship Missouri Memorial

Try it for free